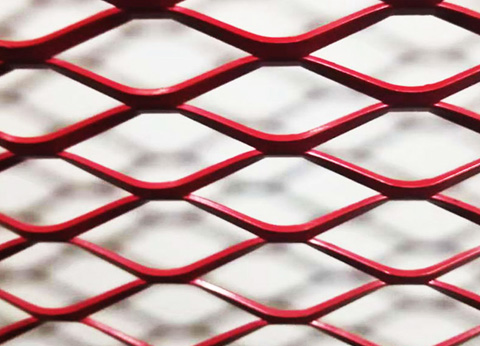 1. Sandblasting and rust removal: The rust removal method uses high-pressure air to bring out the quartz sand and spray it onto the surface of the steel mesh. The sources of quartz sand include river sand, sea sand and artificial sand. The cost of sand is relatively low, and the source is wide, but the pollution to the environment is relatively large, the rust removal is completely manual operation, the surface roughness after rust removal is small, and it is not easy to meet the requirements of the friction coefficient.

2. Shot blasting and rust removal: using the high-speed rotation of mechanical equipment to throw a certain strength of steel shots by centrifugal force, the thrown steel shots collide with the expanded steel mesh violently to achieve the purpose of removing the rust on the surface of stainless steel.

3. Pickling and rust removal: Pickling and rust removal is also called chemical rust removal. Its chemical principle is to use the acid in the pickling solution and metal oxides to chemically react to dissolve the metal oxides, thereby removing the surface of the steel mesh Rust. After pickling, the surface is relatively smooth, and after pickling, it must be cleaned with a lot of water and passivated. It forms a large amount of waste water, waste acid, and acid mist to cause environmental pollution. If improperly treated, it will cause excessive corrosion of the metal surface and form pitting. This method is less used now.

4. Manual rust removal: The tool is simple and convenient for construction, but the labor intensity is relatively large, and the quality of rust removal is not very good. This method can only be used when other methods are not available, such as small area rust repair. Common tools: grinder, spatula, wire brush.

The above are several derusting methods of expanded metal mesh panel. Have you learned it?